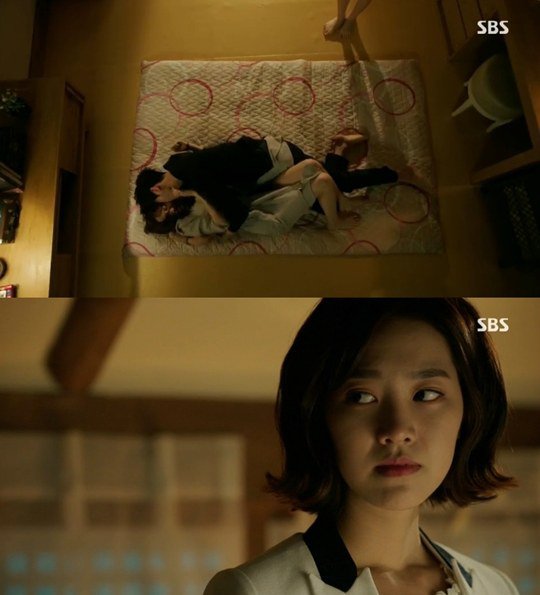 Kang So-ra accidentally got tangled in a hug with a drunk Lee Jong-suk while trying to get him to lay down. Jin Se-yeong saw this and her face turned blank.

On the sixth episode of the SBS drama "Doctor Stranger", Han Seung-hee (Jin Se-yeon) ignored Park Hoon (Lee Jong-suk) who kept calling her Song Jae-hee. He demanded to know why she wouldn't respond to her name.

Oh Soo-hyeon (Kang So-ra) comforted Park Hoon. They drank at a street stall and he kept calling for Song Jae-hee and Oh Soo-hyeon told him to forget about her.

Soo-hyeon took Park Hoon to his house. He mistook Soo-hyeon for Jae-hee and hugged her in the covers. Han Seung-hee glared at them with a cold expression.

Meanwhile, "Doctor Stranger" is a medical drama about a genius doctor named Park Hoon and an elitist named Han Jae-joon, struggling to fight against a plot.

"[Spoiler] "Doctor Stranger" Kang So-ra embraced by Lee Jong-suk, Jin Se-yeon turns blank"
by HanCinema is licensed under a Creative Commons Attribution-Share Alike 3.0 Unported License.
Based on a work from this source