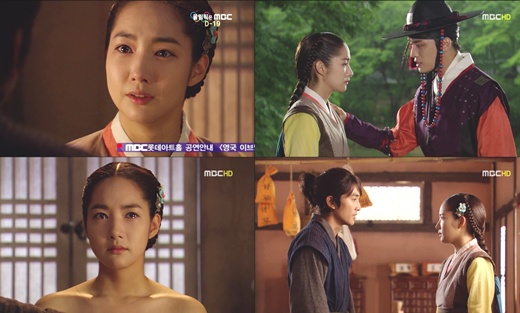 Evidence implicated that actress Park Min-young was going to die from breast cancer in "Dr. JIN".

Yeong-rae asked Heo Gwang (Jung Eun-pyo) a member of parliament what the lump in her chest was and that her cousin had it.

Heo Gwang asked Jin Hyeok about it saying, "She keeps saying it's her cousin but actually it's her who has breast cancer" and Jin offered Yeong-rae a check-up.

However, she didn't want to get checked as she was getting married to Kyeong-tak (Kim Jae-joong) but Jin convinced him to get her to do it.

"Dr. JIN" implied Yeong-rae's death and Jin saved the king with surgery and was about to change history.

"[Spoiler] "Dr. JIN" Park Min-young has breast cancer prior to wedding"
by HanCinema is licensed under a Creative Commons Attribution-Share Alike 3.0 Unported License.
Based on a work from this source