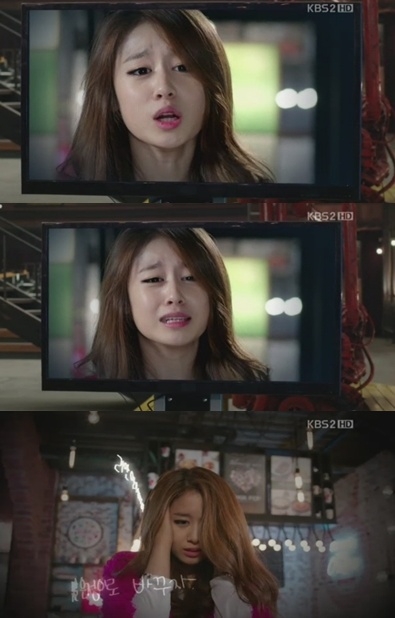 Then she monitored the drama she had very badly acted in.

The drama she was monitoring was none other than the original "Dream High". Eunjeong from T-ara (Ham Eun-jung) and Bae Yong-joon appeared. However, Suzy was replaced by Jiyeon and she was performing badly.

While watching herself on the screen, comments included, "We told you to change the leading actress to Eunjeong", "I have never seen an idol act so bad" and more.

Netizens say, "Jiyeon is a better actress than I thought", "Did Suzy take the leading role because Jiyeon got laid off?", "This is so funny" and more.

"[Spoiler] "Dream High 2" Jiyeon repeats Suzy's disappointing acting?"
by HanCinema is licensed under a Creative Commons Attribution-Share Alike 3.0 Unported License.
Based on a work from this source