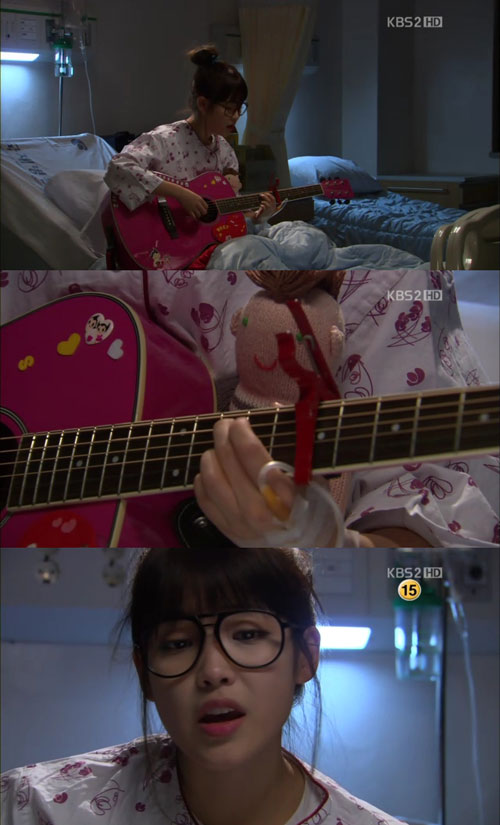 On the 7th episode of KBS 2TV drama "Dream High" (written by Park Hye-ryeon and directed by Lee Eung-bok and Kim Seong-yoon) the student of Kirin Art School go on a field trip to Japan.

IU couldn't go because of hepatitis A. At this, Jason (Wooyoung) finished group K's schedule in Japan and retuned to Korea right away.

He visited Pil-sook's hospital and indirectly showed his feelings for Pil-sook. He told Pil-sook not to misunderstand his manner and attention and hid his feelings once more.

When Jason left the room Pil-sook sang "Waiting" while playing her guitar. It was a hint of her still waiting for Jason and her confession of her true feelings for Jason and drew attention from viewers.

IU's song carried out a heartrending love for Jason and Jason's feelings for her.

"[Spoiler] "Dream High" IU sings Panic's "Waiting" heartrending 'Pil-sook ache'"
by HanCinema is licensed under a Creative Commons Attribution-Share Alike 3.0 Unported License.
Based on a work from this source