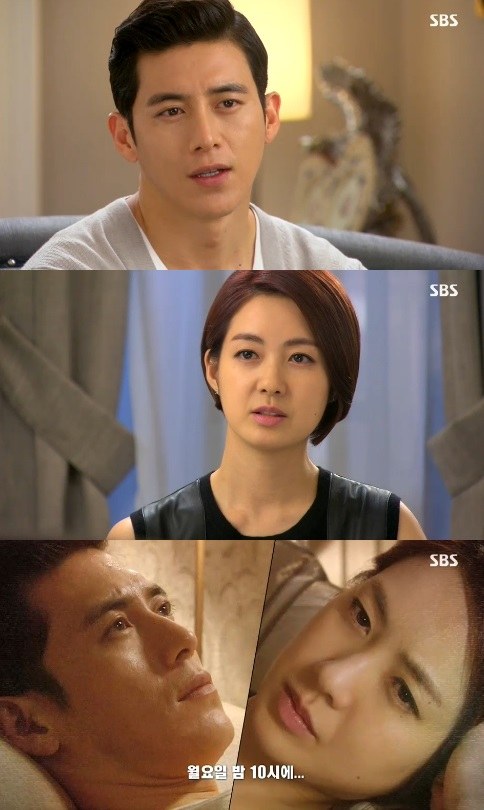 Lee Yo-won said she would take Jang Shin-young away from Go Soo.

Choi Seong-jae turned his footsteps around from the airport and surrendered to the police. He thought his prison life would settle the fight between Han Jeong-hee (Kim Mi-sook) and Choi Seo-yoon.

Choi was sad. She turned that sadness around to Jang Tae-joo. She said, "Who is Yoon Seol-hee (Jang Shin-young) to you?" and he said, "She's like Choi Seong-jae to you. She makes me smile, trusts me and nothing needs to be thought about with her".

Choi Seo-yoon said, "I will return everything that I have. Seong-jae left because of you so I'll make Yoon Seol-hee to leave too. I know you well. You won't return to her once you set foot in Sungjin Group".

"[Spoiler] "Empire of Gold" Lee Yo-won curses Go Soo"
by HanCinema is licensed under a Creative Commons Attribution-Share Alike 3.0 Unported License.
Based on a work from this source