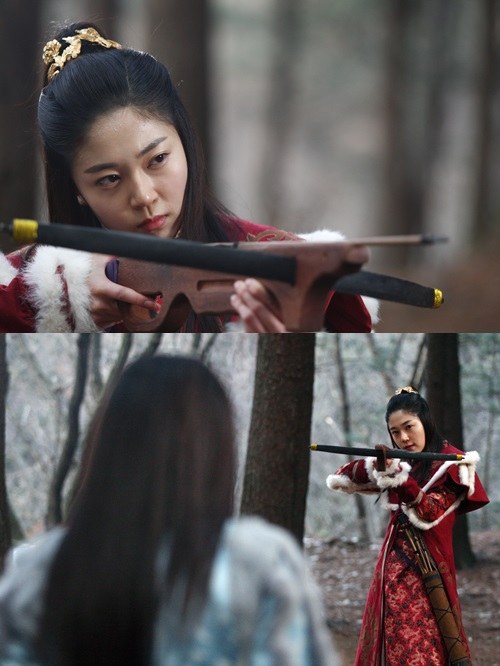 Ha Ji-won and Ji Chang-wook are in danger.

On the 33rd episode of the MBC drama "Empress Qi", Ta Hwan (Ji Chang-wook) and Ki Seung-nyang (Ha Ji-won) are going to be in danger because of Yeon Cheol (Jun Gook-hwan) and his family.

On the 32nd episode of the drama, everyone participated in the hunting competition hosted by the Imperial Palace of the Yuan Dynasty. Ta Hwan and Ki Seung-nyang had a good time riding horses together.

However, their lives were at stake. Yeon Cheol suggested Wang Yoo (Joo Jin-mo) to join the competition, saying there was going to be an amazing creature for the competition and Dang Gi-se (Kim Jung-hyun-I) revealed his plots to kill the emperor and Ki.

"[Spoiler] "Empress Qi" Baek Jin-hee glares at Ha Ji-won with death in her eyes"
by HanCinema is licensed under a Creative Commons Attribution-Share Alike 3.0 Unported License.
Based on a work from this source