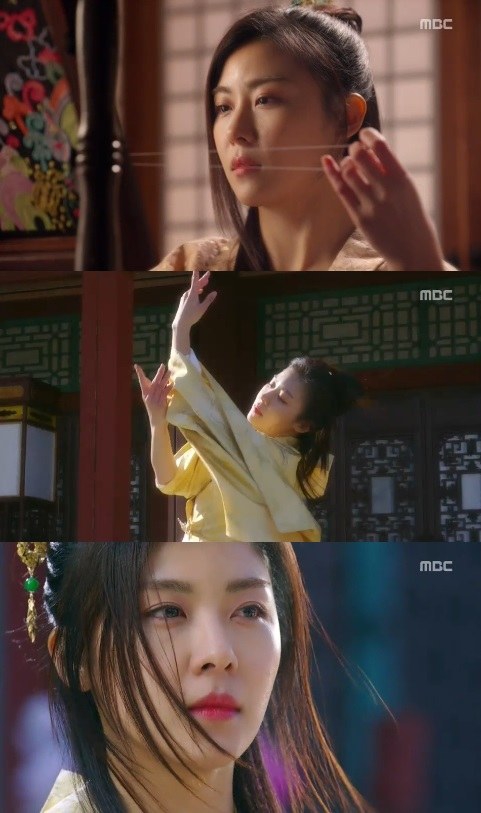 She was in danger of being sold as a slave by Heuk Soo (Oh Kwang-rok) but was saved coincidentally by Baek Ahn (Kim Young-ho). She then found out Yeon Cheol (Jeon Gook-hwan) and Wang Yoo (Joo Jin-mo) had wedded and decided to take revenge of Yeon Cheol and his family.

She asked Baek Ahn to let her enter the queen elections. There's no one else with a bigger grudge against the Yeon Cheol family but me. I can do this".

However, they refused so she took out the blood pledge and said His Majesty could recover from the dark of enlightment.

Ki Seung-nyang got her permission and started studying sewing, musical instruments, dance and even reading.

"[Spoiler] "Empress ki" Ha Ji-won decides to take revenge"
by HanCinema is licensed under a Creative Commons Attribution-Share Alike 3.0 Unported License.
Based on a work from this source