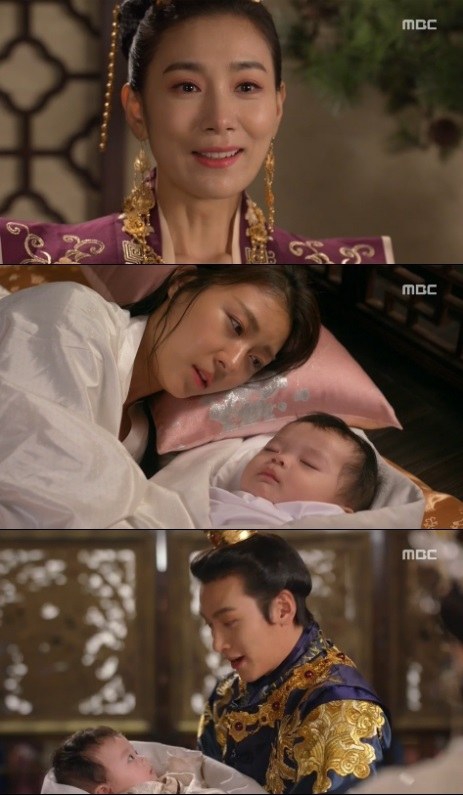 Ha Ji-won gave birth to a son and added wings to her power.

On the thirty-fifth episode of the MBC drama "Empress ki", Ki Seung-nyang (Ha Ji-won) and Ta Hwan (Ji Chang-wook) had a son.

Tanasili (Baek Jin-hee) who was afraid of getting her place taken begged for a daughter or for Ki Seung-nyang to have an abortion but it didn't come true.

Ta Hwan was so happy with Ki Seung-nyang's son in his arms very much unlike the time he held Tanasili's son Ma Ha.

"[Spoiler] "Empress ki" Ha Ji-won gives birth"
by HanCinema is licensed under a Creative Commons Attribution-Share Alike 3.0 Unported License.
Based on a work from this source