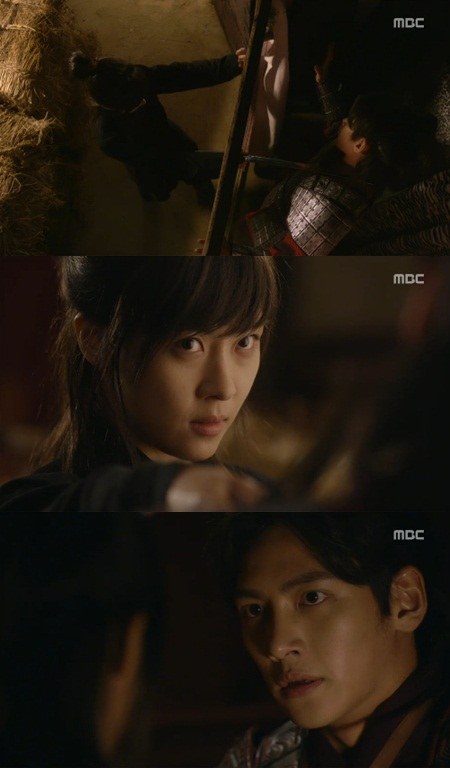 The Yuan Dynasty Yeon-cheol (Jeon Gook-hwan) sent the empress' brother Ta-hwan to the Korean Dynasty. He planned to get rid of Ta-hwan and Goryeo at the same time.

Wang-go (Lee Jae-yong-I) heard of this news and triumphed, "The prince of Yuan Dynasty is coming here. This is a secret plan to bring down Wang-yoo (Joo Jin-mo)". However, Ki Seung-nyang, who was sent to meet the prince noticed something was wrong. It seemed weird that no one knew the prince's face.

Wang-yoo guessed, "They are about to bring me down" and set out to protect the prince. However, Ta-hwan planned to run away. He tried to, wearing military uniform but was spotted by Ki Seung-nyang.

She held out a sword at Ta-hwan and asked who he was. The episode ended this way.

"[Spoiler] "Empress ki" Ha Ji-won meets Ji Chang-wook for the first time"
by HanCinema is licensed under a Creative Commons Attribution-Share Alike 3.0 Unported License.
Based on a work from this source