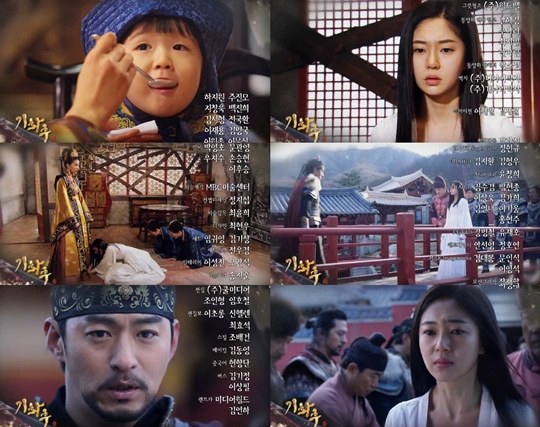 The preview of the thirty eighth episode of the MBC drama "Empress Qi" was revealed.

Yeon Cheol (Jun Gook-hwan) and his army were destroyed on the thirty-seventh episode.

Tanasili (Baek Jin-hee) was sentenced to drink poison after the death of her father and second brother.

She didn't show signs of reflection to the emperor and criticized him. Ta Hwan (Ji Chang-wook) didn't give her a hint of sympathy and sentenced her to the poison drink.

She faced Wang Yoo (Joo Jin-mo) before she died and said to him, "I resent you".

With most of the evil out of the way, what new story will take place in the second half of "Empress Qi" is anticipated by many.

"[Spoiler] "Empress Qi" preview"
by HanCinema is licensed under a Creative Commons Attribution-Share Alike 3.0 Unported License.
Based on a work from this source