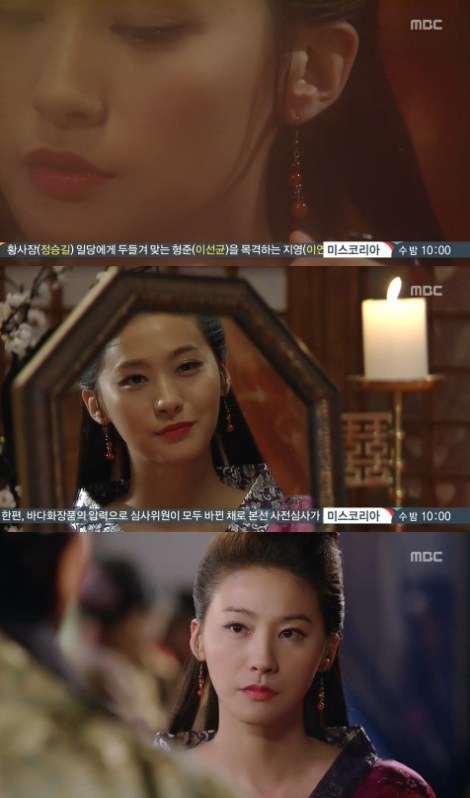 Yoo In-young took off her manly disguise and appeared in a beautiful Hanbok.

On the MBC drama "Empress Qi", Yeon Bi-soo (Yoo In-young) took off her shabby clothes and dressed up nicely.

Daughter of Turk, Yeon Bi-soo went through war zones and lives a rough life but this time, she let her hair down and put on some accessories. She looked at herself in the mirror and smiled coldly.

Yeon Bi-soo is a character who is in rivalry with Wang Yoo (Joo Jin-mo) and making things feel more intense. She's been hostile towards him but in a weakly way.

"[Spoiler] "Empress Qi" Yoo In-young takes off her manly makeup"
by HanCinema is licensed under a Creative Commons Attribution-Share Alike 3.0 Unported License.
Based on a work from this source