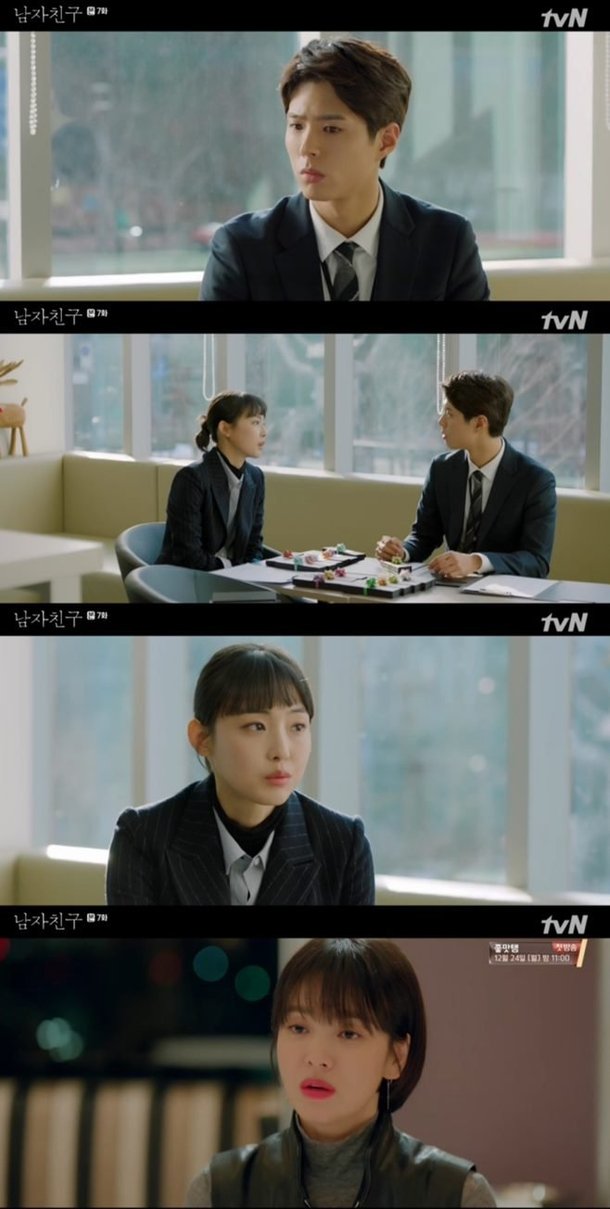 On the latest episode of the tvN drama "Encounter", Jo Hye-in (Jeon So-nee) congratulated Kim Jin-hyeok (Park Bo-gum) and Cha Soo-hyeon (Song Hye-kyo) on developing a real relationship. However, Hye-in was Jin-hyeok's friend and also worried about the harm that might come to him as Soo-hyeon was not an ordinary woman.

Hye-in told him, "Someone asked me to publish something bad about her on the company bulletin". Kim Hwa-jin (Cha Hwa-yeon) had reached Hye-in and tried to harass her ex-daughter-in-law Soo-hyeon".

Jo Hye-in said, "So that's why I'm worried about you. They are scary people".

Jin-hyeok asked why they picked her and Hye-in said, "I guess I looked like I have a lot of complaints about the company". Jin-hyeok realized that Soo-hyeon was of a different status from him and that she had no choice, but to suffer from external pressure.

"[Spoiler] "Encounter" Park Bo-gum Finally Understands the Pressure on Song Hye-kyo"
by HanCinema is licensed under a Creative Commons Attribution-Share Alike 3.0 Unported License.
Based on a work from this source