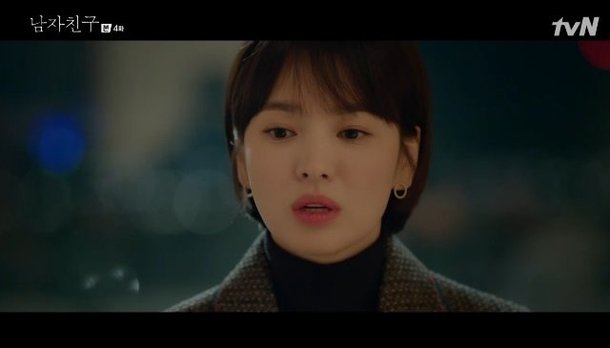 She tried to stay away from him but she caused an accident trying to avoid him standing alone at the bus stop, and he came forward to help her and then drove her car for her.

Cha Soo-hyeon stopped her car on the way and said she'll drive because sometimes there were reporters in front of her house. Kim Jin-hyeok asked her to wait 1 minute and when it turned midnight, he said, "Happy birthday" and gave her a present.

Kim Jin-hyeok said, "It's a gift for you. I wanted to give you something. I heard chaebols get expensive gifts, but I didn't want to lose my arm and leg, so I got you this because I think it'll look better on you than a model". Cha Soo-hyeon rejected the present and said she'll only accept his thoughts.

However, Cha Soo-hyeon put her hand out the window and asked for the present back and said to herself, "I did it again". Cha Soo-hyeon's father (Moon Sung-geun) gave her a poetry book that Kim Jin-hyeok had already given her and made her feel touched again. 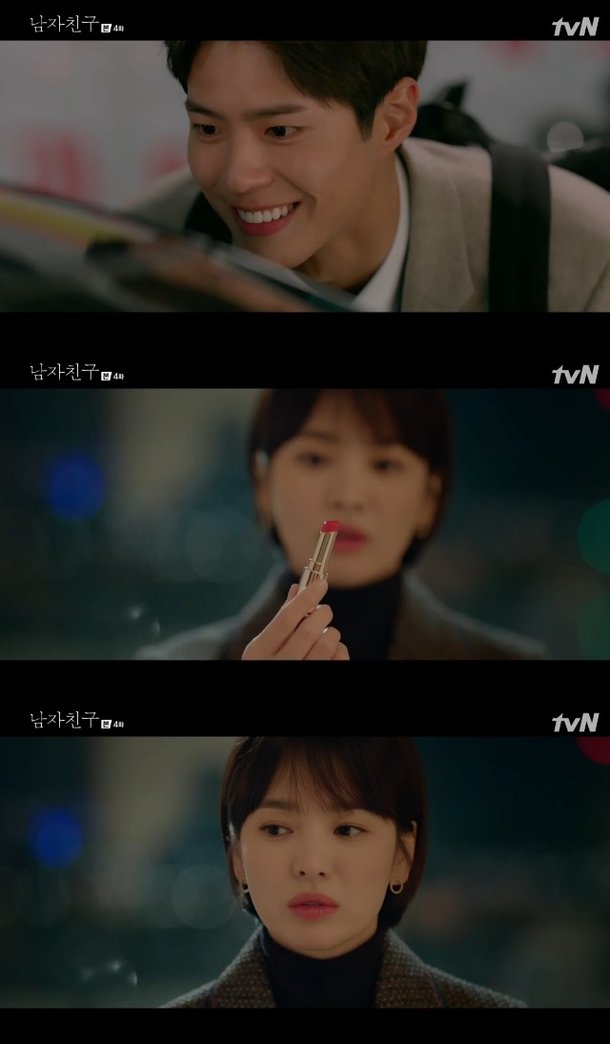 "[Spoiler] "Encounter" Park Bo-gum Gifts Song Hye-kyo with Lipstick"
by HanCinema is licensed under a Creative Commons Attribution-Share Alike 3.0 Unported License.
Based on a work from this source