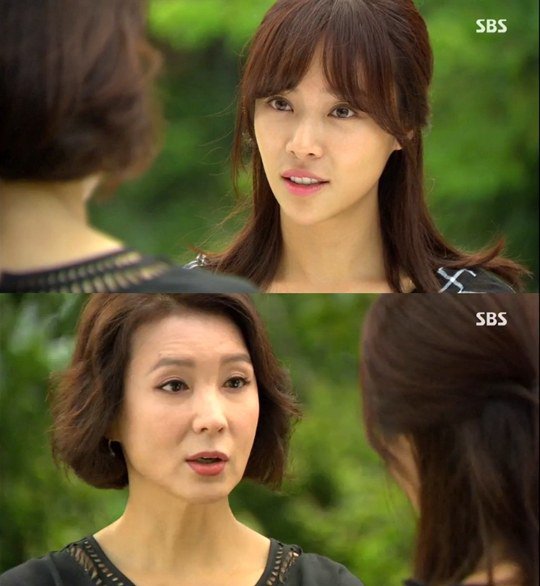 Hwang Jung-eum told Shim Hye-jin she approached her with intentions.

Seo In-ae said, "It's a crime to ignore your own crime". Min Hye-rin replied, "Did you approach me intentionally?" and Seo In-ae smiled in response.

Kim Tae-kyeong (Kim Joon) interrupted her and said, "It was me who approached you on purpose" but Min Hye-rin warned Seo In-hye, "Don't come any closer to my son". However, Seo In-ae said, "It might be hard, but you should forgive us because I think we're going to fall into some dangerous kind of love".

Min Hye-rin expressed that she would send Tae-kyeong away but Seo In-hye responded, "It's not going to happen like that" and Min Hye-rin told her that one of them had to disappear.

"[Spoiler] "Endless Love" Hwang Jung-eum and Shim Hye-jin"
by HanCinema is licensed under a Creative Commons Attribution-Share Alike 3.0 Unported License.
Based on a work from this source