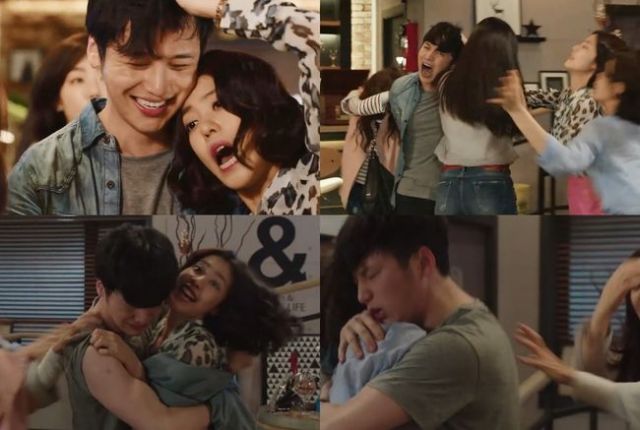 On the third episode of tvN's weekend drama, 'Ex-Girlfriends' Club', Byun Yo-han brought his character, who is the common enemy and ex-boyfriend to the female characters of the show, to life perfectly, through his awesome improv act.

The ending scene of this episode showed his ex-girlfriends fighting with each other pulling each other's hair. Bang Myeong-soo and Kim Soojin (Song Ji-hyo), who were originally trying to stop them, also got into the fight.

Particularly Byun Yo-han's playful improv act giving a tight hug to each ex-girlfriend during the fight delivered much laughter.

Byun Yo-han said, "The group fighting scene took five hours to film. It could have been straining work for the actresses. However we exchanged adlibs with each other and had much fun filming the scene. It was one of the most enjoyable parts out of all filming sessions".