[Spoiler] 'Ex-Girlfriends' Club' Byun Yo-han, "The girl I was happy to see again was Song Ji-hyo" 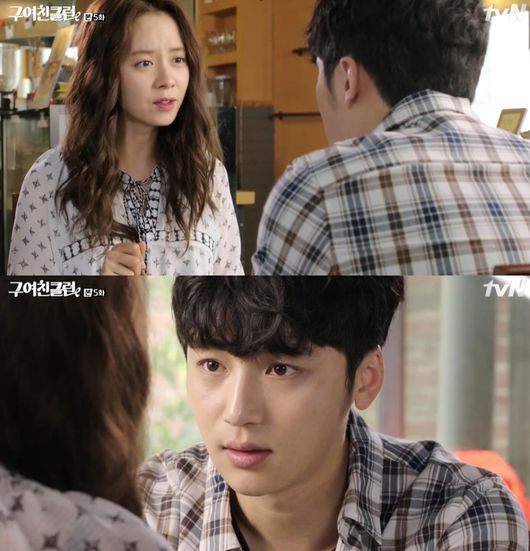 On the May 22nd episode of tvN's 'EEx-Girlfriends' Club', Myeong-soo (Byun Yo-han) and Soo-jin (Song Ji-hyo) argued if there could be only one love or more. Soo-jin thought there should be only one and Myeong-soo said, "It could be multiple. You just do your best each time".

At this, Soo-jin said, "Elizabeth Taylor was married eight times, but there was only one she loved the most. Who is yours?"

Myeong-soo responded, "Are you asking me to rank them. There's one though". Soo-jin asked again who it was. Myeong-soo did not answer. Soo-jin asked him to name the one, when it was the toughest for him after breakup and the one, whom he was happiest to see again.

Myeong-soo said, "The toughest time after breakup was Ji-a (Jang Ji-eun) and the one I was happiest to see again was you". Soo-jin took it as a joke and told him, "Stop lying".