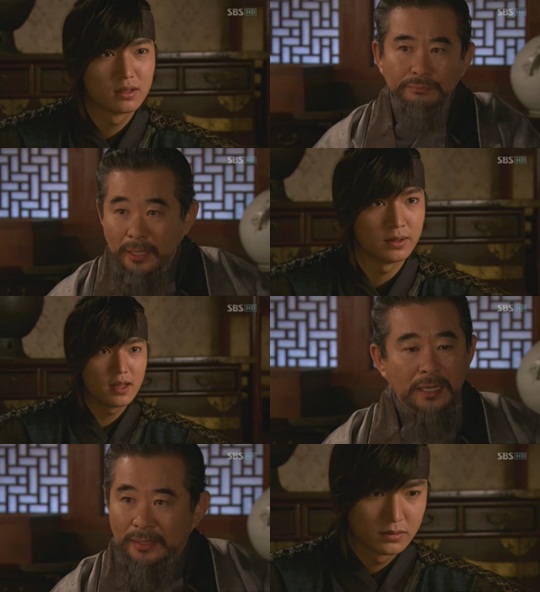 The reason why Lee Min-ho was protecting Ryu Deok-hwan was revealed.

Lee Sek asked Choi Yeong, "How is it your still with the same Majesty?" and he replied, "He is the first I chose".

When he was asked why he chose His Majesty, Choi Yeong said, "He gets scared and confused and regrets at times but he knew how to be embarrassed".

He continued, "I made up my mind. I should protect him before he becomes numb to embarrassment. Is that an answer for you?"

Lee Sek said, "You wanted to be at the sermon. That means you have to go under His Majesty and protect his embarrassment. You need to be alive to do that. Can you promise you will protect our lives?"

Choi Yeong started cleaning out his surroundings to keep that promise. He mentioned his first love to his aunt court lady Choi (Kim Mi-kyung).

He said, "I don't remember Mae-hee's (Kim Hyo-sun) face. It was such a long time ago. What if I don't recognize her in the next world? I have to meet her before I really forget. I am going to do what I can do".

"[Spoiler] "Faith" Lee Min-ho, "I chose His Majesty""
by HanCinema is licensed under a Creative Commons Attribution-Share Alike 3.0 Unported License.
Based on a work from this source