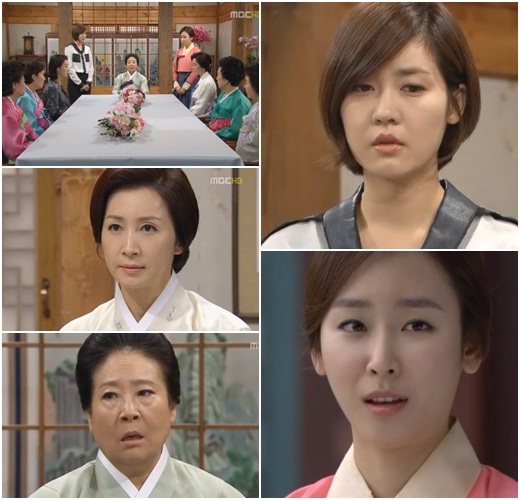 On the episode of MBC TV drama "Feast of the Gods" aired on the 6th at 9:50PM, Seong Do-hee (Jeon In-hwa) and Seon Noh-in (Jung Hye-sun) argued about the 5th generation chief position in Arirang.

Previously, Seong Do-hee admitted that Ko Joon-yeong (Sung Yu-ri) was her daughter like it said in the newspapers and suggested Ha In-joo (Seo Hyun-jin) for the chief position. However, Seon Noh-in was against it. She said, "You will find out about Ko Joon-yeong's great skills".

However, Seong Do-hee suggested Ha In-joo who she'd seen for the past ten years. She said, "In-joo has plenty of passion and effort. She has experienced Arirang though experience rather than born talent".

As a result wasn't formed between the two, they decided to have a competition for the position. Seo Noh-in called in In-joo and told her that everything from customer service, hygiene and teamwork will be reflected in the score.

"[Spoiler] "Feast of the Gods" Sung Yu-ri competes again"
by HanCinema is licensed under a Creative Commons Attribution-Share Alike 3.0 Unported License.
Based on a work from this source