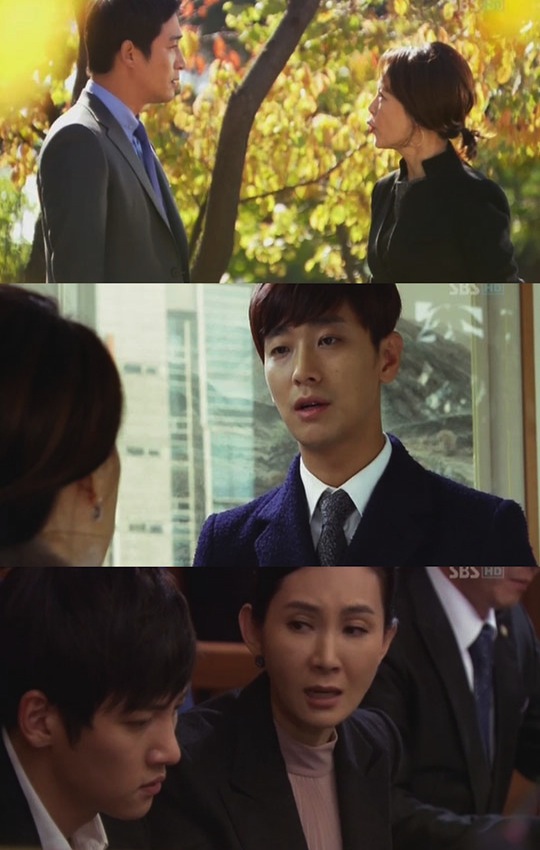 It turns out Chae Si-ra and Ju Ji-hoon are blood related mother and son.

She suspected them of being related when she learned they both had blood type A's and were allergic to spinach. She took their toothbrushes for DNA testing.

Gye-hwa met Jeong-wook (Jeon No-min) and told him everything. She said, "We need to set things straight before mother and son become enemies".

Jeong-wook looked drained of blood as he said, "How can this be? How can Ji-ho not be the son of Chairman Yoo but Yeong-rang's? It's unbelievable".

It was ill-fate, how a mother a son were born in the way to stab each others' wounds.

Meanwhile, Woo-jin (Jung Eun-woo) came back alive. He told the court that the murderer wasn't Ji-ho but In-ha (Ji Chang-wook).

Nam-joo (Jeon Mi-sun) cried in relief and surprise when she saw him.

"[Spoiler] "Five Fingers" Chae Si-ra and Ju Ji-hoon stab each other"
by HanCinema is licensed under a Creative Commons Attribution-Share Alike 3.0 Unported License.
Based on a work from this source