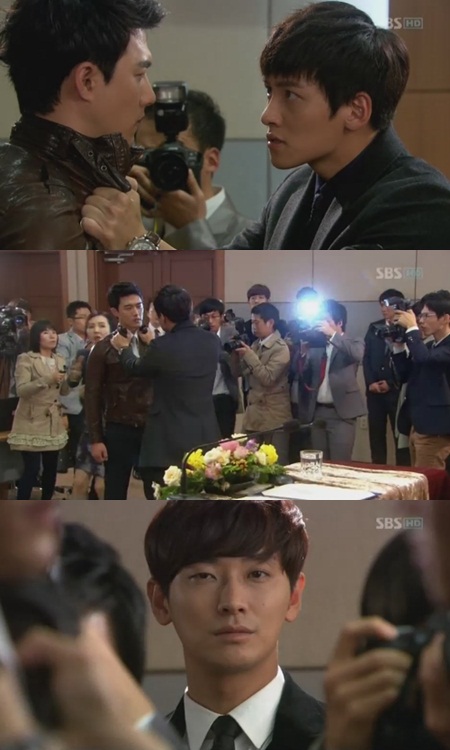 Yoo In-ha was framed by Yoo Ji-ho for plagiarism. Yoo Ji-ho showed him evidence from the incident a year ago and said, "I had what I needed to get myself out of the mess but I didn't. In case you got hurt. You are my brother. Explain the truth in the press conference".

Yoo In-ha had no choice but to have a press conference and explained, "The plagiarism last year wasn't Yoo Ji-ho's fault. It wasn't submitted but this time mine is for sure my own song so I hope you believe this".

However, pianist Jay said, "No, Yoo In-ha plagiarized my song which is registered for copyright. You framed your brother for plagiarism last year and this year you steal someone else's song. Do you have what it takes to do music?"

Yoo Ji-ho had become free from being guilty and had framed his brother. Yoo In-ha found out his plan later on and grabbed Jay by the collars and this was reported to media too.

"[Spoiler] "Five Fingers" Ju Ji-hoon takes revenge on brother Ji Chang-wook"
by HanCinema is licensed under a Creative Commons Attribution-Share Alike 3.0 Unported License.
Based on a work from this source