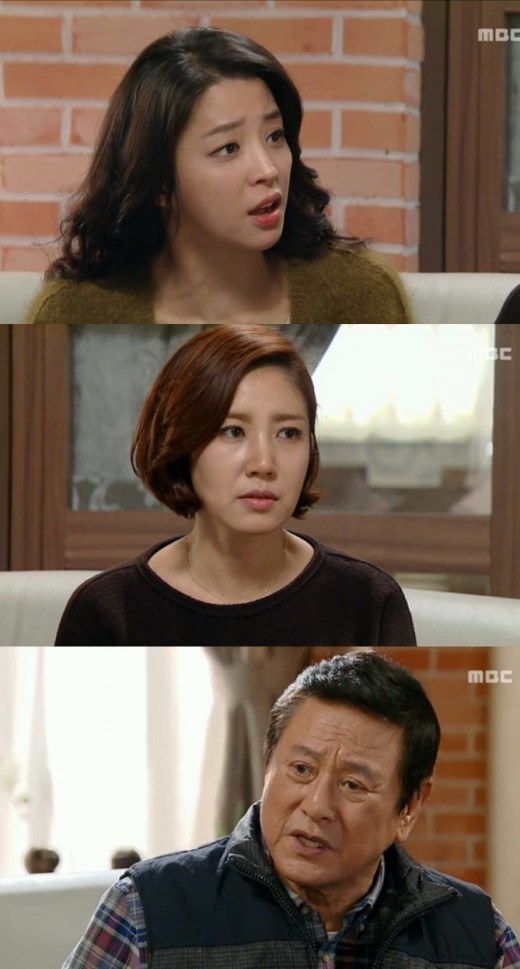 Ji-yeong (Oh Na-ra) met with her friend Yoo-ra (Han Go-eun) in the MBC weekend drama "Give Love Away" and became nosy.

She asked if she knew her mother-in-law Soon-ae (Cha Hwa-yeon) and Yoo-ra's father Hyeon-soo (Park Geun-hyung) were seeing each other and asked if they were going to get married.

Yoo-ra showed her displeasure by telling Ji-yeong to never call her from her father's phone again. Ji-yeong pointed out that Yoo-ra had a thing for looking down on people and her mother-in-law would need their permission before getting re-married.

Yoo-ra got angry and told Hyeon-soo that she was against him seeing that woman. She told him to quit it, otherwise she would find someone for him if he felt lonely.

"[Spoiler] "Give Love Away" Han Go-eun protests Park Geun-hyung's relationship"
by HanCinema is licensed under a Creative Commons Attribution-Share Alike 3.0 Unported License.
Based on a work from this source