[Spoiler] "Give Love Away", Hong Soo-hyun, shocked at Cha Hwa-yeon 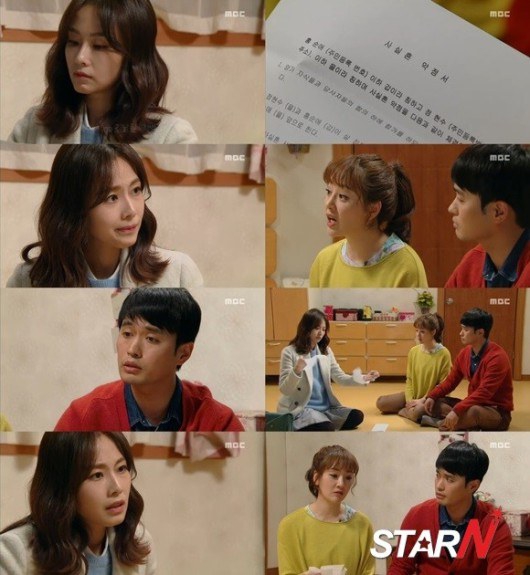 He said, "Your children say it's alright to live together, but they say it's not alright to get married. There's a right to marriage. We need to do this" and told Soon-ae to get a contract.

Mi-joo asked if he had shown the contract to Soon-ae and when he said no, she ripped it to pieces. Saying, "Remarriage or not, it's something to be decided by you two. This is appalling".

However, Byeong-joo and Ji-yeong said, "Your mother and father are aware of you". Mi-joo said, "They're just afraid they might end up in bad relationships with their children because of this. This is me respecting them, so don't bring me this kind of contract again".

Byeong-joo grumbled, "She thinks that she's the only one worried about her mother" and Ji-yeong said, "We can make another contract".

"[Spoiler] "Give Love Away", Hong Soo-hyun, shocked at Cha Hwa-yeon"
by HanCinema is licensed under a Creative Commons Attribution-Share Alike 3.0 Unported License.
Based on a work from this source