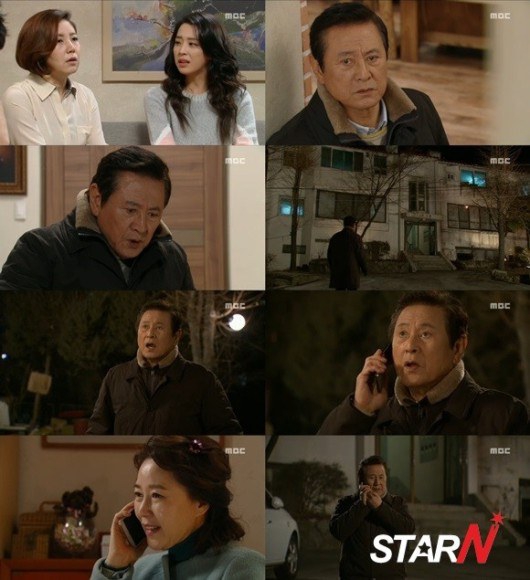 On the episode of the MBC drama "Give Love Away", Jeong Hyeon-soo (Park Geun-hyung) heard that his son Jeong Jae-min (Lee Sang-yeob) was leaving for China for the sake of his father's marriage with Hong Soon-ae (Cha Hwa-yeon) and without telling him about his relationship with Song Mi-joo (Hong Soo-hyun).

He also learnt Jeong Yoo-jin (Yoo Ho-jung) told everything to Soon-ae and realized why she'd asked him to grab a drink and told him she was happy even if it was their final moment.

Hyeon-soo was shocked at the fact that he ran to Soon-ae's house. He couldn't go in but called her instead.

He said, "I just wanted to hear your voice. Let's meet tomorrow and the day after and think of it as the last".

He asked her to sing for him and walked home as she did. Hyeon-joo then told her he loved her when all of his family was around.

"[Spoiler] "Give Love Away" Park Geun-hyung and Cha Hwa-yeon's marriage at risk"
by HanCinema is licensed under a Creative Commons Attribution-Share Alike 3.0 Unported License.
Based on a work from this source