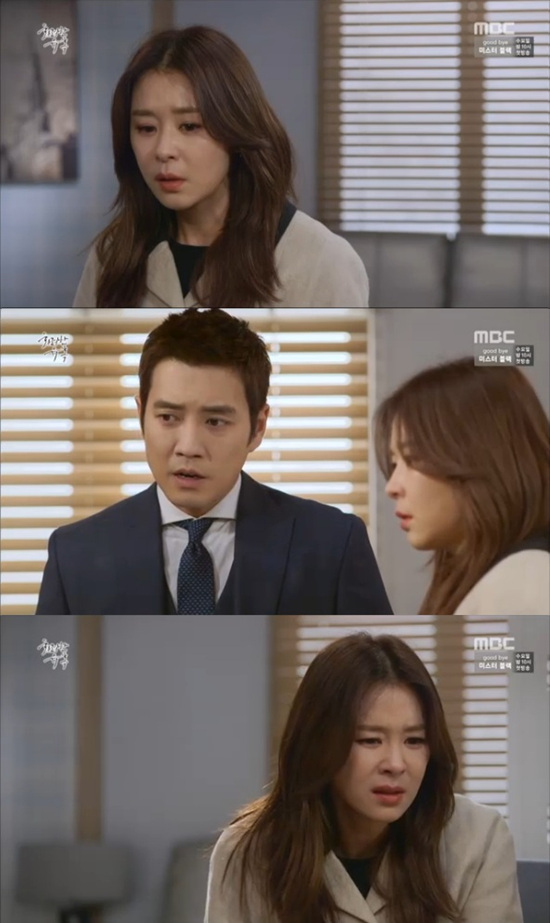 When Sin Eun-soo saw the old photos of Hong Myeong-ho showing his true identity in the past, she wondered why he had approached her. She tried to figure it out while saying, "There's nothing so important with me that he had to hide his identity to take something from me".

Sin Eun-soo recollected the time Hong Myeong-ho had visited her house once. She remembered that he had been looking for something. Sin Eun-soo mumbled, "It's the three documents that got lost. That's why he came to me. And he deceived me and married me trying to find them".

Sin Eun-soo was utterly shocked. And then she also realized that Hong Myeong-ho was Kwon Soo-myeong's subordinate.

"[Spoiler] 'Glamorous Temptation' Choi Kang-hee finds out the true identity of Lee Jae-yoon"
by HanCinema is licensed under a Creative Commons Attribution-Share Alike 3.0 Unported License.
Based on a work from this source