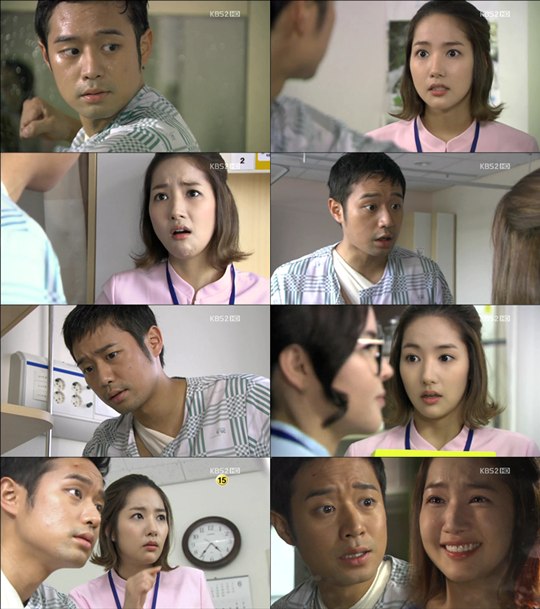 Park Min-young and Chun Jung-myung have something going on.

The second episode of the KBS 2 drama "Glory Jane" hinted at a potential love between Kim Young-gwang and Yoon Jane.

Not being able to work out because of his three broken ribs, Kim Young-gwang might be thrown off the team if he doesn't raise his batting average. He insists he leaves the hospital and Jane tells him, "It's not only your batting that sucks but you suck too. That's why you've been in a slump for seven years. Maybe you just don't have any talent". Jane also poured water all over him when he was fighting with Seo In-woo.

He then pointed out that she was a nurse's aid and said, "In one word, your just an assistant. I thought you were something great because of all your great 'talk' but why are you showing off in front of me? What have you done for me?"

Jane then apologized, "I'm sorry for not knowing my own rank and showing off". Later, Young-gwang found out that she missed her state examination while giving him a blood transfusion and felt very bad.

Meanwhile, in the preview showed on this episode, Young-gwang was receiving rehabilitation exercise with the support of Jane.

"[Spoiler] "Glory Jane" Park Min-young and Chun Jung-myung's path to love"
by HanCinema is licensed under a Creative Commons Attribution-Share Alike 3.0 Unported License.
Based on a work from this source