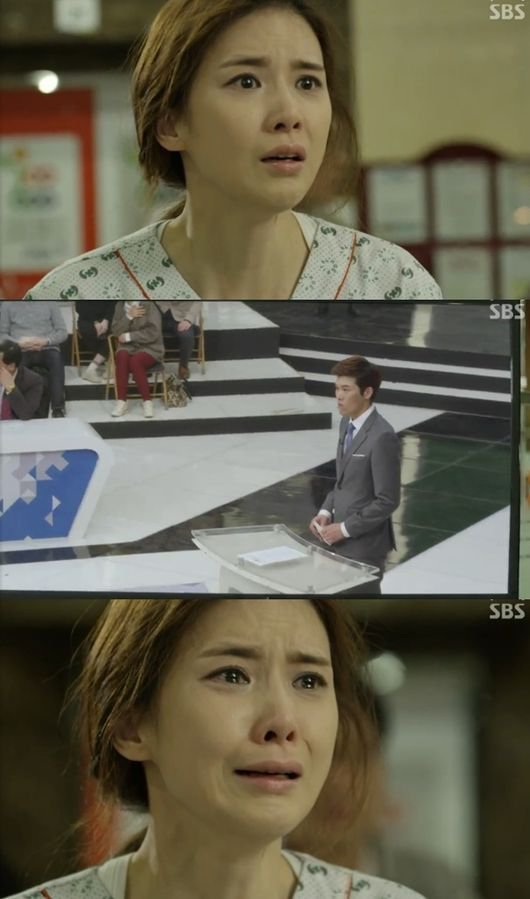 Ji-soon shut Soo-hyeon (Lee Bo-young) in an asylum. Shutting away the mother who should be protecting Saet-byeol (Kim Yoo-bin-I) was a suspiciuous thing to do. Soo-hyeon watched it on TV in the mental hospital, where something similar was occurring.

The criminal's voice was released on TV. Soo-hyeon cried at the fact that she couldn't do anything to keep her daughter being taken away yet again.

Woo-jin got rid of the criminal's tracks again and it turned out that he was actually meeting the criminals and dealing with them.

Meanwhile, "God's Gift - 14 Days" is about a mother who time travels to two weeks before her daughter was murdered and struggles with the killers starring Lee Bo-young, Cho Seung-woo, Jung Gyu-woon and Kim Tae-woo.

"[Spoiler] "God's Gift - 14 Days" Lee Bo-young's daughter, taken again"
by HanCinema is licensed under a Creative Commons Attribution-Share Alike 3.0 Unported License.
Based on a work from this source