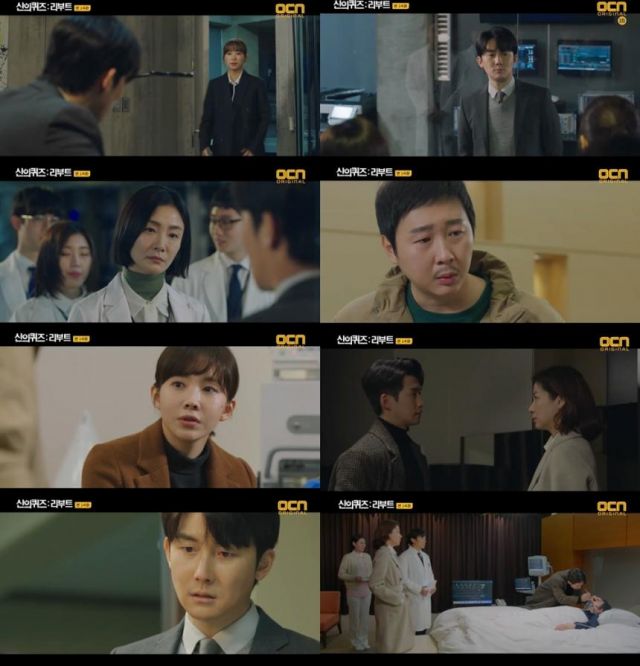 On the latest episode of the OCN drama "God's Quiz: Reboot", Hyeok-min (Kim Joon-han) clashed with Soo-an (Park Hyo-joo), the temporary chief of the forensics office.

Hyeok-min allowed Soo-an to study his blood as he was affected by the virus, but she told him that there was no antidote.

Jin-woo said, "He must have been bio-hacked, but there might not be an antidote".

Kyeong-hee (Yoon Joo-hee) told Sang-bok (Kim Ki-doo) everything and found out the car that was tailing her was from Hanjoo Group. It was Hanjoo Group that founded the Hyukjun Welfare Center and she also learned about Ms. Seo.

"[Spoiler] "God's Quiz: Reboot" Park Hyo-joo's Rule Fraught With Troubles"
by HanCinema is licensed under a Creative Commons Attribution-Share Alike 3.0 Unported License.
Based on a work from this source