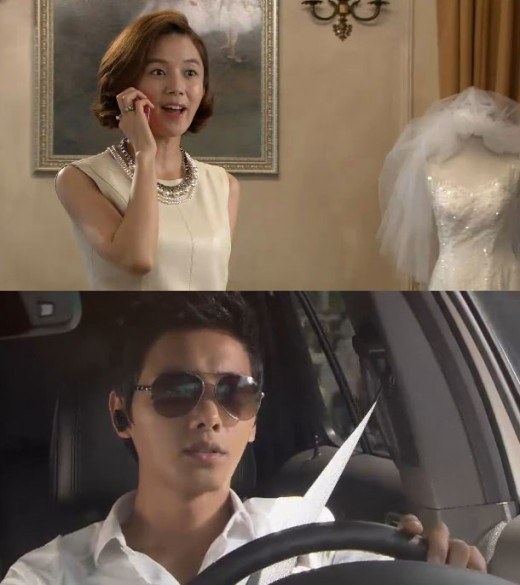 Lee Sang-woo and Kang Se-jung developed into a relationship.

Se-kyeong visited Hyeon-woo's workplace with lunch to thank him for the help he had given her. Hyeon-woo's mother came to see him to and saw her. She had a good first impression on Se-kyeong.

A year later, Se-kyeong had become a couple with Hyeon-woo. She called him and asked, "Where are you honey?" while he was driving.

Hyeon-woo hinted that they were about to meet as a family by saying he was going to pick up his mother from the hospital. She also reminded him to dress well as it would make a good impression on her parents.

However, at the end of the episode, Ji-hye (Nam Sang-mi) who Hyeon-woo still had lingering feelings for, reappeared.

"[Spoiler] "Goddess of Marriage" Lee Sang-woo and Kang Se-jung"
by HanCinema is licensed under a Creative Commons Attribution-Share Alike 3.0 Unported License.
Based on a work from this source