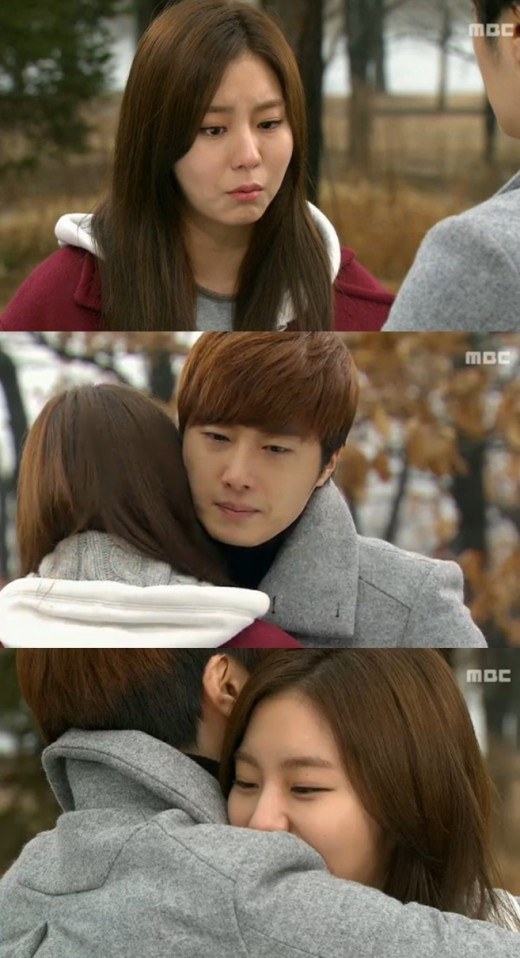 The MBC drama "Golden Rainbow" showed Baek-won (UEE) scolding Do-yeong (Jung Il-woo) for not being in touch for two days.

She almost cried saying, "I was worried sick at the thought of losing you, especially after the passing of my dad".

Do-yeong had not answered her calls for a while because he realized his father Jin-ki (Jo Min-ki) had something to do with Baek-won's father Han-joo (Kim Sang-joong).

Do-yeong comforted her saying, "I won't go anywhere without you". Baek-won cried, "It's not like my dad wanted to leave".

Do-yeong hugged her and said, "Can you trust me and wait for me despite what happens? Even if there's something that happens which goes unplanned, don't worry because I will still comeback to you".

"[Spoiler] "Golden Rainbow" Jung Il-woo asks UEE to wait for him"
by HanCinema is licensed under a Creative Commons Attribution-Share Alike 3.0 Unported License.
Based on a work from this source