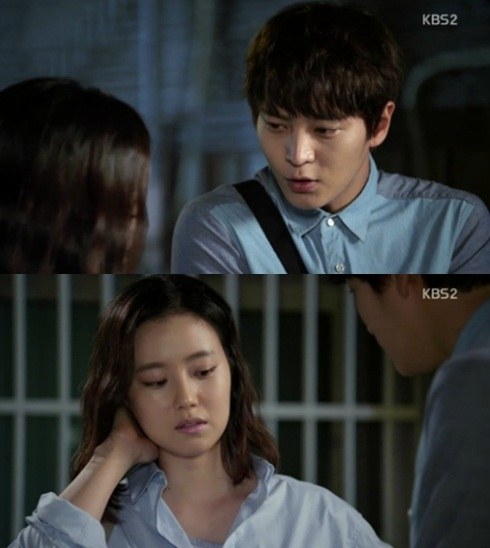 A strange love line has begun to form between Joo Won and Moon Chae-won.

When she heard that he was eating instant food for his meals, she decided to cook him dinner at his dorm. They went to the market together and as they walked back, he looked at her and said, "You're so pretty".

Cha Yoon-seo felt good about it and was shy at the same time and replied, "You're a good socializer".

However, Yoon-seo made the mistake of accidentally trying to throw away something that meant a lot to Si-on about his brother and he told her never to come back to his hosue.

Meanwhile, Kim Do-han felt bad about yelling at Yoon-seo regarding Kim Jae-sik (Jung Man-sik) and called her late at night.

"[Spoiler] "Good Doctor" Joo Won tells Moon Chae-won, "You're so pretty""
by HanCinema is licensed under a Creative Commons Attribution-Share Alike 3.0 Unported License.
Based on a work from this source