[Spoiler] Han Ye-seul and Eric enjoyed a date in the wilds. 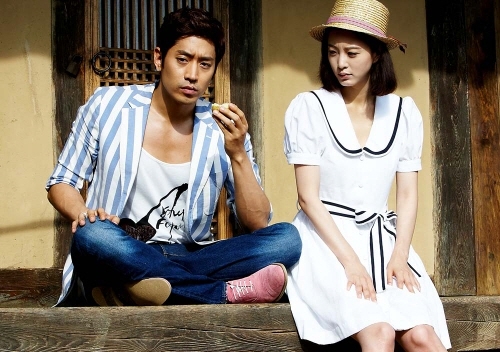 Kang Woo (Eric Mun) goes into hiding in the mountains in search of an unknown person. Having received a mission to seduce him and marry him within 3 months then return him to the North, spy Myeong-wol (Han Ye-seul) follows him into the mountains and pretends to run into him.

Kang Woo gets embarrassed by 3 little kids who don't know who he is. Also Myeong-wol's plan to seduce him go through a hard time thanks to the 3 musketeers.

Eric Mun will also play a more humanly role with a little dumbness instead of the perfect guy that he is all the time.

Meanwhile, the replay of "Spy MyeongWol" on the 16th made it 1st place in ranking on that day.

"[Spoiler] Han Ye-seul and Eric enjoyed a date in the wilds."
by HanCinema is licensed under a Creative Commons Attribution-Share Alike 3.0 Unported License.
Based on a work from this source