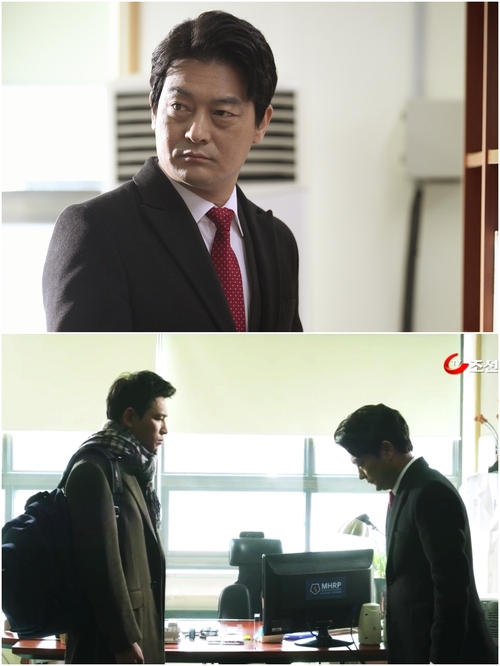 Actor Jo Sung-ha is starting to mold Hwang Jung-min to be the next president.

In the TV Chosun drama "Hanbando - Drama" Jo Sung-ha is currently taking on the role of Park Do-yeong, chief secretary of the Blue House and the best king-maker in Korea, with animal instincts towards politics and the general public trends.

Park Do-yeong started a secret plan that would change the entire flow of the story since the fifth episode aired on February 20th. He is expected to be a cold adventurer as the episodes continue on.

Park Do-yeong suggested that Seo Myeong-joon (Hwang Jung-min) should become the president. It turns out that he had picked Seo Myeong-joon as the next president even though he laughed it off when Oh Chang-il (Jung Dong-hwan) from the Justice Party asked who he had chosen.

On the sixth episode of this drama, Park Do-yeong will start cautiously plotting a way to get Seo Myeong-joon up as a candidate despite everyone's opposition. Many are curious as to why Park Do-yeong is so keen on making Seo Myeong-joon president, helping him get out of trouble even when he was dragged off in suspicion of being a spy.

Spokespersons say, "Meeting the greatest king-maker of Korea, Park Do-yeong, will be a big turning point for Seo Myeong-joon. You can anticipate an exciting story that will come along with the turning of Seo Myeong-joon from scientist to politician".

"[Spoiler] "Hanbando - Drama" Jo Sung-ha starts grooming Hwang Jung-min as the new president"
by HanCinema is licensed under a Creative Commons Attribution-Share Alike 3.0 Unported License.
Based on a work from this source