[Spoiler] 'Heard It Through the Grapevine' Go Ah-sung and Lee Joon conflict: their first husband-wife fight 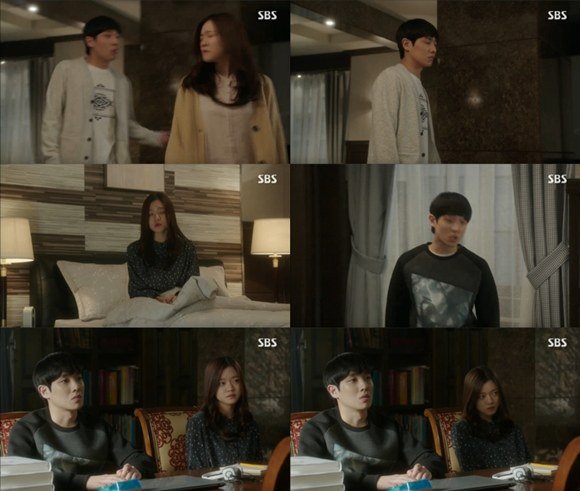 'Heard It Through the Grapevine' Go Ah-sung and Lee Joon had a fight for the first time.

On the 7th episode of SBS Monday & Tuesday drama, 'Heard It Through the Grapevine', Han In-sang (Lee Joon) and Seo Bom (Go Ah-sung) bickered with each other for the first time.

In-sang had been rebellious against his parents for the reasons his parents kept making Bom sad. Because of this, Han Jeong-ho (Yu Jun-sang) forced Bom and In-sang to have lesson for "Clear view on the world". During the lesson, Bom could ask questions she had been wondering about.

In-sang opposed the fact Bom was learning about Jeong-ho's issues and business. Bom asked In-sang about his friend, Hyeon-soo's family, In-sang said she did not need to know about them. In-sang and Bom ended up bickering with each other over the issue. As the two grew up in families with different background, it led to a strong conflict.

'Heard It Through the Grapevine' is a black comedy satirizing the snobbery of upper class families in Korea dwelling on imperial power and dreaming on hereditary transmission of wealth and lineage.

"[Spoiler] 'Heard It Through the Grapevine' Go Ah-sung and Lee Joon conflict: their first husband-wife fight"
by HanCinema is licensed under a Creative Commons Attribution-Share Alike 3.0 Unported License.
Based on a work from this source