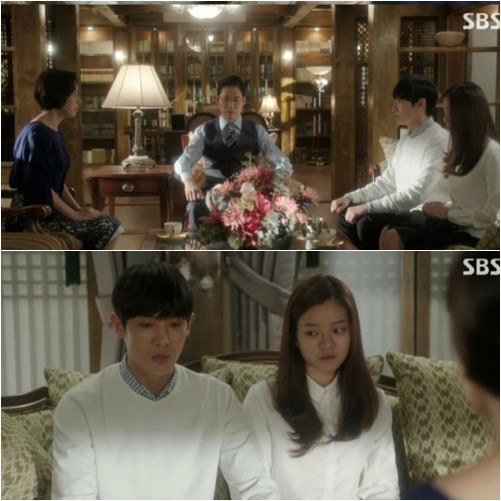 'Heard It Through the Grapevine' Lee Joon announced he would go his own way.

On this day, Han In-sang and Seo Bom told the parents, "We received scholarship from Mr. Park (Heo Jung-do). The first condition is that we have to give up inheritance. And the second condition is we should enter law school even if we might have failed the bar exam".

Han Jeong-ho responded, "Absurd. Haven't I told you that you two are not supposed to do the ordinary things that ordinary people do", trying to keep it cool.

However, when Seo Bom said, "The third condition is we should not work for Hansong even when we graduate with excellent scores", it made Han Jeong-ho become furious. Also, Han In-sang announced. "I'll go down a different path than you did".

"[Spoiler] 'Heard It Through the Grapevine' Lee Joon goes on his own way"
by HanCinema is licensed under a Creative Commons Attribution-Share Alike 3.0 Unported License.
Based on a work from this source