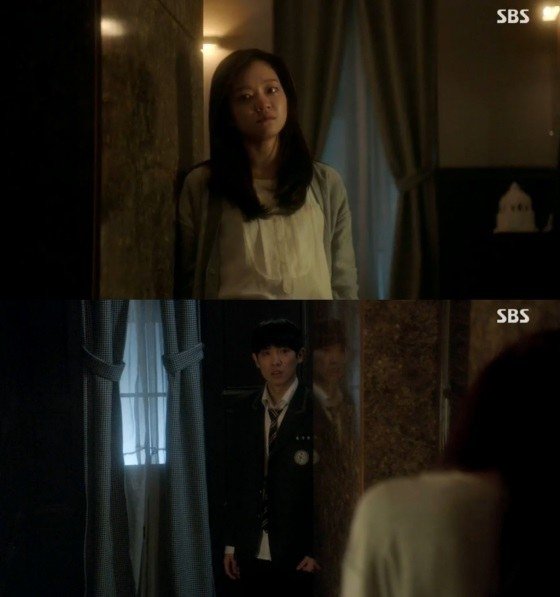 'Heard It Through the Grapevine' Lee Joon could meet Yu Jun-sang again through a suspenseful operation similar to the one you might see in a spay movie.

On the March 2nd episode of SBS Monday & Tuesday drama, 'Heard It Through the Grapevine", Han In-sang (Lee Joon) could go into Seo Bom (Go Ah-sung)'s room with the help from Butler Park (Kim Hak-sun) and Jeong-soon (Kim Jeong-yeong).

Previously, Han In-sang had been separated from Seo Bom forcefully by Han Jeong-ho (Yu Jun-sang)'s strict control. Han In-sang was also living in a confined space since then.

Butler Park and Jeong-soon felt sorry for him and set up a plan together so Han In-sang and Seo Bom could see each other.

With the help from them, Han In-sang went through the suspenseful stunt and could meet Seo Bom again.

When he finally met Seo Bom, whom he had been missing so much, he just hugged her in tears without being able to say a word.

"[Spoiler] 'Heard It Through the Grapevine' Lee Joon goes through suspenseful stunt to meet Go Ah-sung "
by HanCinema is licensed under a Creative Commons Attribution-Share Alike 3.0 Unported License.
Based on a work from this source