[Spoiler] 'Heard It Through the Grapevine' Lee Joon, "My heart and my body tell me I like her" 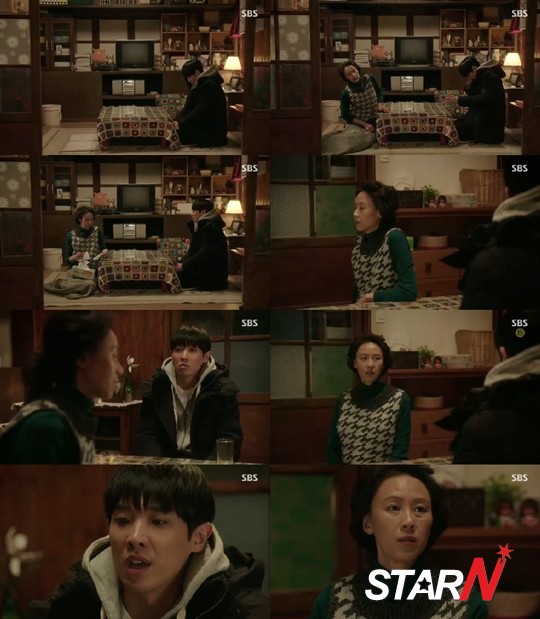 On the March 3rd episode of SBS Monday & Tuesday drama, 'Heard It Through the Grapevine', Han In-sang (Lee Joon) was enraged by the agreement letter his parents gave to Seo Bom (Go Ah-sung).

Han In-sang was headed to Seo Bom's house right after he learned about his parents' next plan. And he could have a conversation with Seo Bom's mother Kim Jin-ae (Yoon Bok-in).

Kim Jin-ae sat with Han In-sang and asked, "The boy from the famous mansion and with the excellent parents, which parts of our Bom were you attracted to? Bom flirted with you?" Han In-sang said "She did, but I started hitting on her first" and then he said he was still in love with Bom.

Kim Jin-ae said, "You will get into a college soon and Bom has to raise a child. I heard you started studying for an important matter? Your grandfather is a judge out of military and your father passed bar exam during school. And they must be expecting you would follow their path".

However, Han In-sang decisively said, "Without Bom, nothing is meaningful. My hope is to study while I raise the baby with Bom. If Bom leaves with baby, then I'll go out with her as well and give up on everything else".

Despite the statement, Kim Jin-ae was looking at Han In-sang hopelessly and asked "How are you going to survive then?" Han In-sang said, "I can tutor. Please trust me" and then he begged saying, "It was purely my heart and body that have decided I like Bom. Please help me, mother".

This episode also showed Han In-sang and 서Bom going out to register their marriage.

"[Spoiler] 'Heard It Through the Grapevine' Lee Joon, "My heart and my body tell me I like her""
by HanCinema is licensed under a Creative Commons Attribution-Share Alike 3.0 Unported License.
Based on a work from this source