[Spoiler] "Her Private Life" Kim Jae-wook, "That Woman Is My Girlfriend" 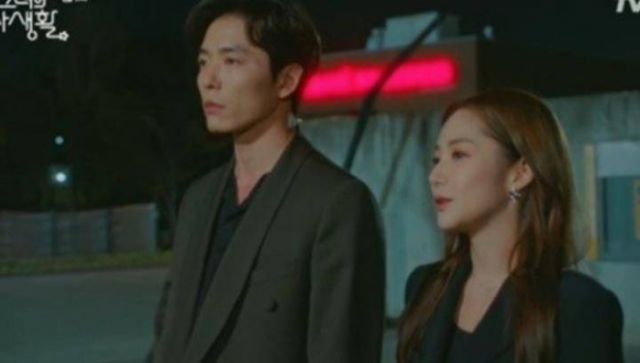 Kim Jae-wook made a sudden confession to Park Min-young.

Seong Deok-mi was excited to meet Cha Si-an, who she fangirls over all the time, but she accidentally got all her clothes wet and had to put on Ryan's (Kim Jae-wook) jacket.

The next day, a scandal broke out between the two of them. Ryan's jacket was the same as Cha Si-an's jacket and it was one of a kind.

Seong Deok-mi's life was in threat and when someone was about to hurt her, Ryan stepped out from his car and yelled, "That woman is my girlfriend".

"[Spoiler] "Her Private Life" Kim Jae-wook, "That Woman Is My Girlfriend""
by HanCinema is licensed under a Creative Commons Attribution-Share Alike 3.0 Unported License.
Based on a work from this source