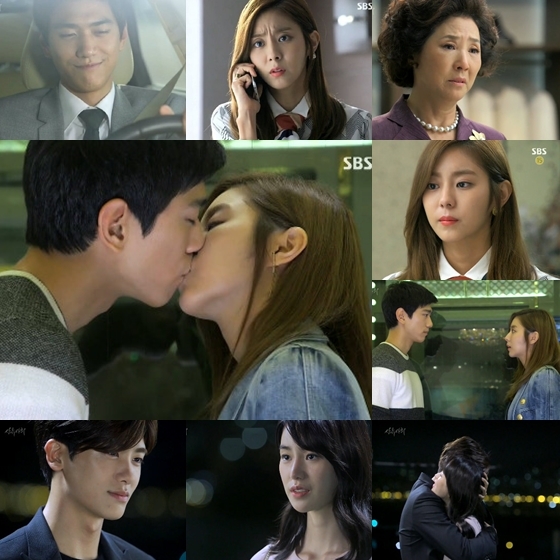 The UEE/Sung Joon couple and the Park Hyung-sik/Lim Ji-yeon couple all got their happy endings.

First, Choi Joon-Gi leaving the company shocked Jang Yoon-Ha. He used all his contacts to help Jang Yoon-Ha who was in charge of the Chinese business team with winning a contract. As a result, she ends up increasing sales. He also appeared on a TV program to promote the company. But after all the support, he then leaves her saying, "Let's not meet again and do not call me".

However, the two could not stay apart for long. Once Jang Yoon-Ha understood his feelings, they got back together and he said "I changed jobs to see you" and they both laughed. Later, in front of the elevator he first bumped into her, Choi Joon-Gi says, "I loved you from the first time I laid eyes on you. I love you". Jang Yoon-Ha replies by saying, "I choose you too" and they kiss. One year later, he proposes and she accepts. 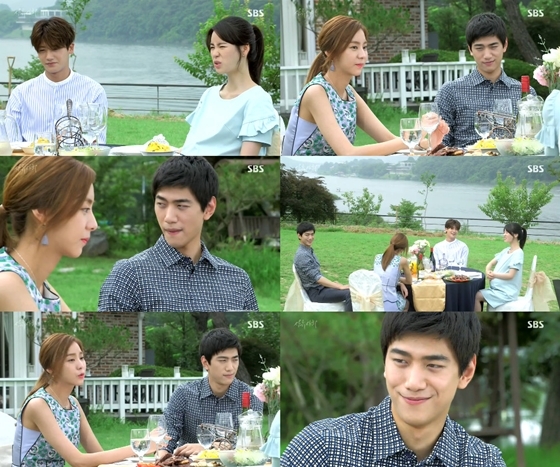 Next, Yoo Chang-Soo is hurt by his mother meeting Lee Ji-Yi and agreeing to accept her. Afterwards, he is shocked by Lee Ji-Yi's announcement that she was not going to see his mother again. Later, he asked her to date him again but her heart is not perturbed. However, once he changes his mother's mind, things abruptly change and they quickly get married. The two embrace and reaffirm their love at the place they kissed for the second time. One year later, they had a baby.

The ambition of Jang Gyeong-Joon (Lee Sang-woo) was the surprising element of "High Society". He first shocked his family by being announced to be dead and then shocks them again as he reemerges alive with serious backing. Amongst the conflict with his father, the chairman, he shows himself to expand his power within the company.

"High Society" is a fun romance about the love between 4 star, UEE, Sung Joon, Park Hyung-sik, and Lim Ji-yeon.

The tale of the ugly duckling of her rich family trying to stand on her two feet portrayed by UEE and the love story of Choi Joon-Gi who was born into a normal family and tried to rise the social ladder within the company seems to be the messages of "High Society".

The love story between Yoo Chang-Soo (Park Hyung-sik) and Lee Ji-Yi (Lim Ji-yeon) also added to the fun of the show. It increased the tension with the two's fateful first meet, their topsy turvy romance, and their clash with reality.

"High Society" will be followed up by Kim Hee-ae's new show "Mrs. Cop" on the 3rd of August.

"[Spoiler] "High Society" UEE & Sung Joon happy ending... Park Hyung-sik & Lim Ji-yeon got hitched!"
by HanCinema is licensed under a Creative Commons Attribution-Share Alike 3.0 Unported License.
Based on a work from this source