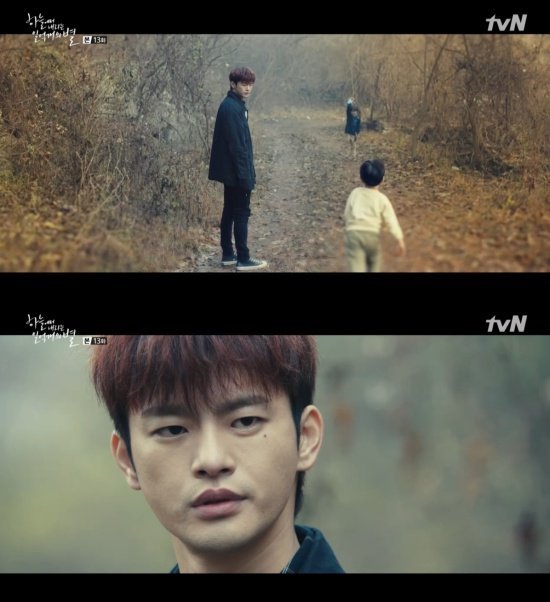 On the latest episode of the tvN drama "Hundred Million Stars from the Sky", Kim Moo-yeong (Seo In-guk) went to Haesan.

Yang Kyeong-mo (Yoo Jae-myung) had told him about his father's death and asked him, "If you were me, do you think you'd be able to stop here. I still dream of my father being murdered. Everyone is telling me to stop. I feel I will never come back if I go back there".

Kim Moo-yeong headed to where his father supposedly fell to his death due to soju-induced drunkenness. He sent a message to Yoo Jin-kang saying, "I thought about bowing, but I didn't. I didn't even get to call him 'father'".

He fell asleep there and he dreamed about his father. Later, he followed two children that he could see. A familiar house came into sight and as if he knew the house, he said to himself, "It feels like home".

Suddenly, he fell to the ground because of a memory from the past. In the mirror, he saw Yoo Jin-gook shooting a gun at his father.

"[Spoiler] "Hundred Million Stars from the Sky" Seo In-guk Remembers Park Sung-woong Shooting His Father"
by HanCinema is licensed under a Creative Commons Attribution-Share Alike 3.0 Unported License.
Based on a work from this source