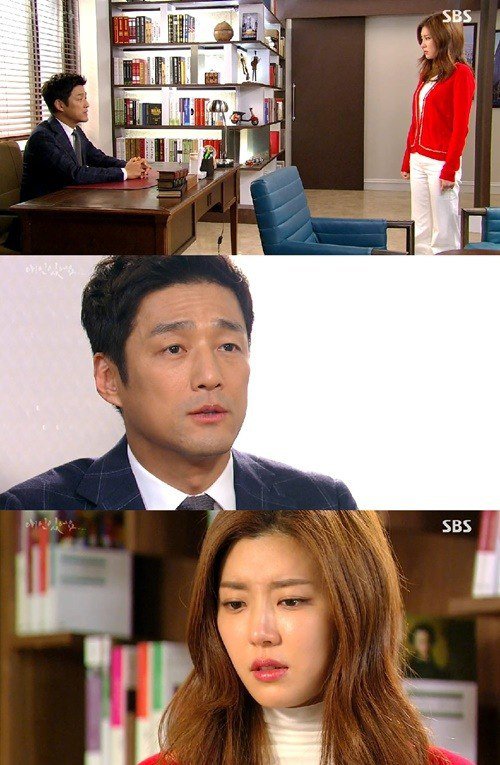 While Baek Seok (Lee Kyu-han) found out that Do Hae-kang (Kim Hyun-joo) and Dok-go Yong-gi are twins, Choi Jin-eon (Ji Jin-hee) was looking for the truth about Do Hae-kang's death and learned that Dok-go Yong-gi was with her. Although everyone said no, he felt attracted to Do Hae-kang who had lost her memory.

Choi Jin-eon was learning about Do Hae-kang and Dok-go Yong-gi when a friend of Yong-gi's said that Kang Sully had known this all this time. Jin-eon questioned her about it and she said she thought Dok-go Yong-gi was a dangerous person, that she was the whistle-blower and that she would be a great source of danger for the company if her memory returned.

Choi Jin-eon said, "Let's talk. No, I'll say something. I have finally, after a long way around, what I want and what I can't let go".

"I wanted to protect you and me. I wanted to let my wife go and I thought I could. I thought my life could start over without my wife. But I want to be with her now. I want to be next to Hae-kang even though it might be too late".

Meanwhile, "I Have a Lover" is a drama about a woman who hates her husband, falling back in love with him and a pair of twin sisters reuniting in the most extreme of times.

"[Spoiler] "I Have a Lover" Ji Jin-hee breaks up with Park Han-byul for Kim Hyun-joo"
by HanCinema is licensed under a Creative Commons Attribution-Share Alike 3.0 Unported License.
Based on a work from this source