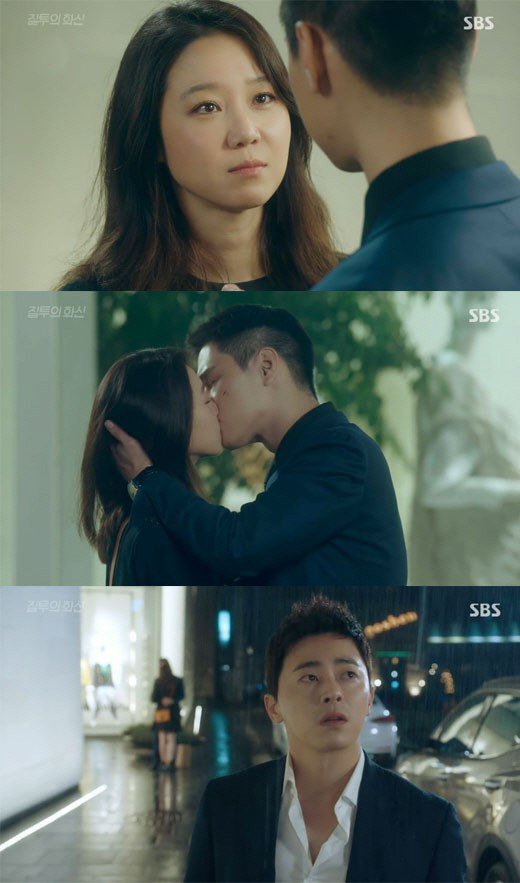 "Incarnation of Jealousy" Gong Hyo-jin and Go Kyung-pyo kissed to alert the start of their relationship. Of course, Jo Jung-suk's jealousy became deeper.

Ko Jeong-won put himself in a scandal with announcer Geum Soo-jeong (Park Hwan-hee) and all attention came down on him as he was a plutocrat. Pyo Na-ri was hurt because of this.

Lee Hwa-sin took her to where Ko Jeong-won was. She told Ko Jeong-won, "It might be too late but I want to tell you now that I like you". Ko Jeong-won had said the same thing to her before.

Ko Jeong-won said, "It's not too late" and kissed her deeply. Lee Hwa-sin watched them and walked home in the rain.

"[Spoiler] "Incarnation of Jealousy" Gong Hyo-jin and Go Kyung-pyo start with a deep kiss "
by HanCinema is licensed under a Creative Commons Attribution-Share Alike 3.0 Unported License.
Based on a work from this source