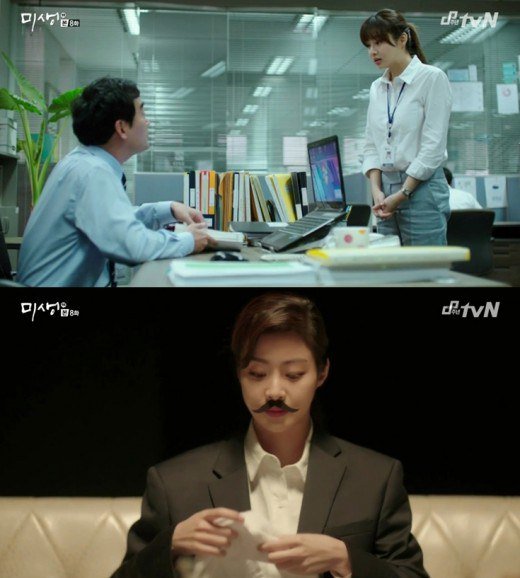 Kang So-ra in the role of Ahn Yeong-I in the tvN drama "Incomplete Life", pulled off her character perfectly.

On the eighth episode of the drama, Yeong-I got the approval of a plan that was held off for a year and a half. Her seniors were jealous. She was told to lay off the work and after a long time of consideration she said, "I'll take my hands off the job and do chores instead".

Yeong-I was not only skilled at work but also when it came to partying. She explained to Jang Gre (Im Si-wan) how to deal with drinking at work parties. She even made herself up as a man.

Han Seok-yool (Byun Yo-han) asked, "What's your deal?" and couldn't help but be amazed at this woman.

Netizens say, "Kang So-ra is good at acting", "What is it that Yeong-I can't do?", "I want to know myself", "She did something the others couldn't but they hate her now" and more.

"Incomplete Life" can be seen every Friday and Saturday at 8:30PM.

"[Spoiler] "Incomplete Life" Kang So-ra possessed by her character"
by HanCinema is licensed under a Creative Commons Attribution-Share Alike 3.0 Unported License.
Based on a work from this source