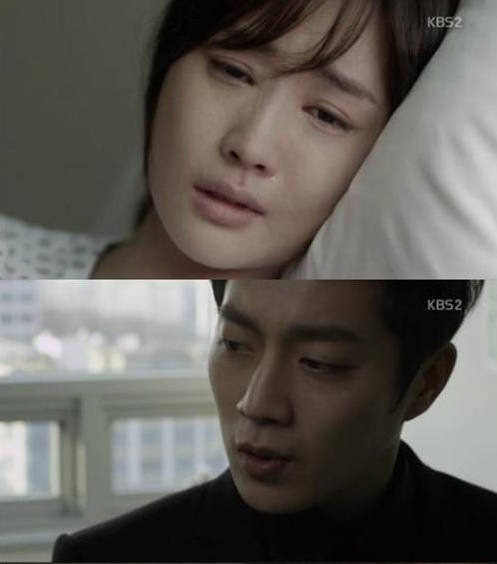 Soo-yeon met Yoo Gun in the Iris home-base, where she was preparing to smuggle inside. However, Yoo Gun had lost his memory and shot her, not knowing who she was.

Soo-yeon was taken to the hospital and when Hyeon-woo (Yoon Doo-joon) was asked about Yoo Gun she said, "He didn't recognize me. He looked at me like he'd never seen me before".

Hyeon-woo then said, "He still shot you. If I see him again, I'll shoot him first".

Soo-yeon cried her heart out at the fact that he didn't recognize her.

"[Spoiler] "Iris 2" Lee Da-hae cries at the different Jang Hyuk"
by HanCinema is licensed under a Creative Commons Attribution-Share Alike 3.0 Unported License.
Based on a work from this source