[Spoiler] "It's Okay, That's Love" shows a scene from "That Winter, the Wind Blows" 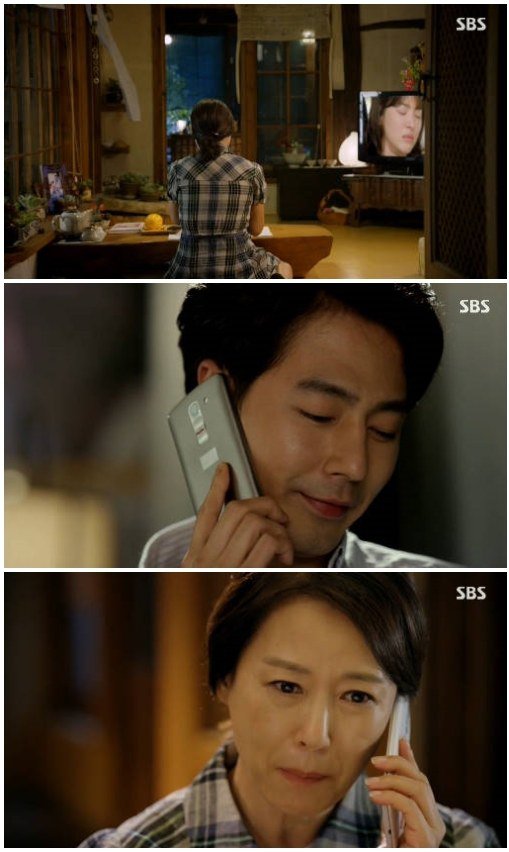 Jang Jae-yeol called his mother Ok-ja (Cha Hwa-yeon) after his radio show. He asked her what she was doing and she was watching TV. The TV screen showed a scene from Jo In-sung's previous drama which was also written by Noh Hee-kyeong and produced by Kim Kyoo-tae.

Ok-ja told him, "She's crying because they broke up" and Jang Jae-yeol said, "She's going to become sexy once she meets an innocent man". He then told his mother that he loved her.

"It's Okay, That's Love" is a romantic comedy drama about Jang Jae-yeol a mystery novelist with a compulsion and Ji Hye-soo a humane psychiatrist.

"[Spoiler] "It's Okay, That's Love" shows a scene from "That Winter, the Wind Blows""
by HanCinema is licensed under a Creative Commons Attribution-Share Alike 3.0 Unported License.
Based on a work from this source