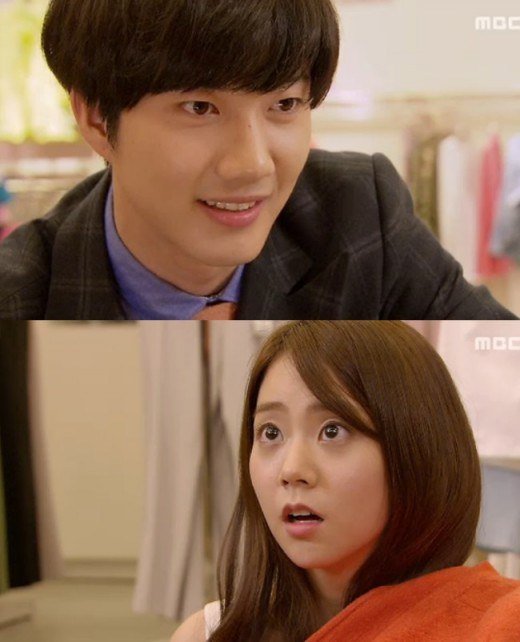 She was surprised when someone entered the store before she could finish changing, then she quickly hid herself under the display stand.

Yoo-cheon (Gunil) found her and she was so surprised, that she almost fell over trying to put on the rest of her clothes but luckily, he caught her.

She thought of him as a 'prince' when he put on shoes for her. However, the moment didn't last very long as he told her that she wasn't doing a very good job at re-arranging the store.

Meanwhile, "Jang Bo-ri Is Here!" is a family drama about a family in conflict when the real and fake daughters get switched.

"[Spoiler] "Jang Bo-ri Is Here!" Han Seung-yeon falls for Gunil"
by HanCinema is licensed under a Creative Commons Attribution-Share Alike 3.0 Unported License.
Based on a work from this source