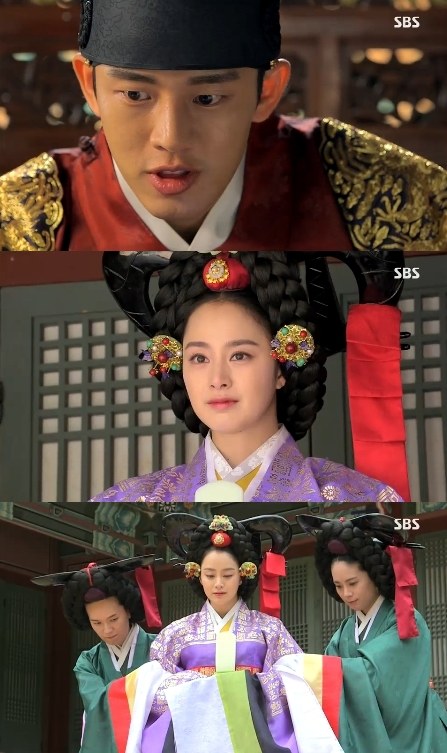 Jang Ok-jeong became a concubine overnight on the twelfth episode of the SBS drama "Jang Ok-jeong".

Becoming a Sook-won means achieving power the moment she is recognized as the official wife of the king.

Previously, Lee Soon (Yoo Ah-in) prepared an event for her with candles. His servants were against his decision to make her his wife but he pushed forward his decision.

Jang Ok-jeong followed procedure and paid her respects to the king and such.

The servants bowed down in front of her and Jang Ok-jeong showed a mysterious smile.

"[Spoiler] "Jang Ok-jeong" Kim Tae-hee becomes a royal concubine"
by HanCinema is licensed under a Creative Commons Attribution-Share Alike 3.0 Unported License.
Based on a work from this source