[Spoiler] Ji Sung, "Show us what you got" 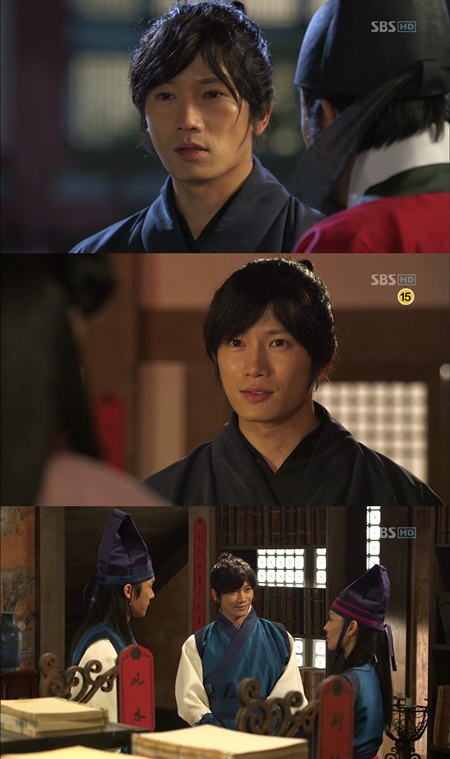 Ji Sung entered the government office which is going to be the main stage of the drama thanks to his ability to chance risk into chance.

Ji Sang is being chased by the royal forces because he pretended he was the healer Lee Han-ba and tried to see the royal family tree. Soo Ryeon-gye (Oh Hyun-kyung) was also looking for him because he knew the something he shouldn't.

Ji Sang entering the government office has a deep meaning. He is going to grow into someone who assists Lee Seong-gye in establishing the Chosun.

Not only that, he is going to create a three way relationship with Hae-in (Kim So-yeon) and Jeong-geun (Song Chang-eui).

If the first half of the drama was a light and funny Ji Sang, in the government office, he has to change. As much as the viewers will relate to the character who becomes extraordinary from being normal, Ji Sung is going to be the motive power that pulls the drama along.

"[Spoiler] Ji Sung, "Show us what you got""
by HanCinema is licensed under a Creative Commons Attribution-Share Alike 3.0 Unported License.
Based on a work from this source