[Spoiler] Joo Won gets a chance from Joo Sang-wook 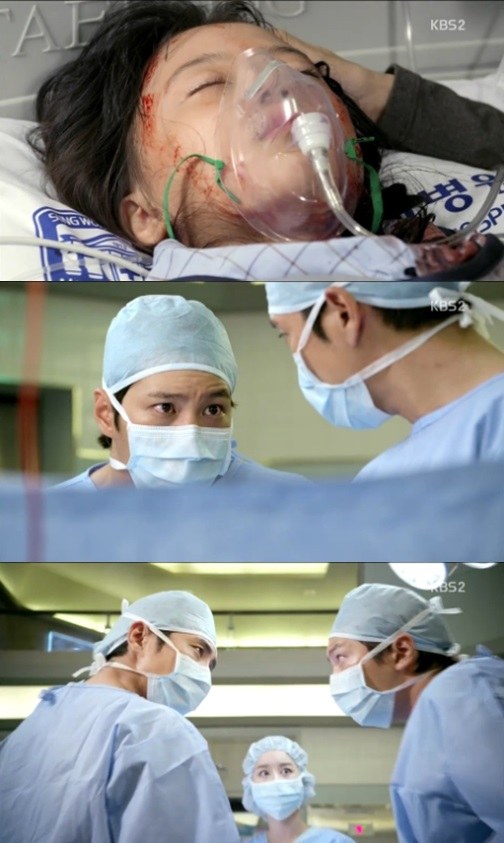 On the thirteenth episode of the KBS 2TV drama "Good Doctor", crisis hit the pediatrics department when an elementary school bus was involved in an accident.

There were nine patients but not enough surgeons. The last one was Han Jin-wook (Kim Young-kwang) but another patient was transferred from another hospital.

This patient was going to die if not operated on right away and Park Si-on (Joo Won) moved her to the room next to Kim Do-han (Joo Sang-wook). Si-on begged him to look after both of them but Kim Do-han couldn't let go of the patient he was looking over now.

In the end, Do-han told Si-on to take over the other patient. Knowing he had genius ability, Do-han encouraged him and brought out the potential in Si-on with an opportunity.

"[Spoiler] Joo Won gets a chance from Joo Sang-wook"
by HanCinema is licensed under a Creative Commons Attribution-Share Alike 3.0 Unported License.
Based on a work from this source