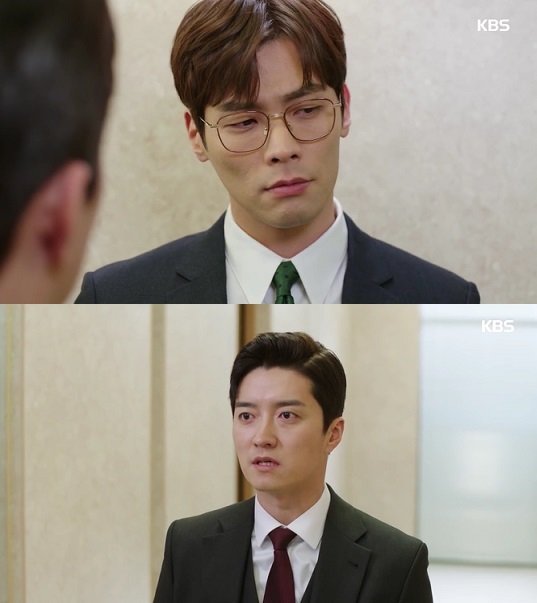 On the latest episode of the KBS 2TV drama "Jugglers", Nam Chi-won started a project rid the company of corruption.

Chi-won presented his whistle-blowing project and Jo (In Gyo-jin) was against fighting within the company.

However, Do Tae-geun (Kim Chang-wan) said that they owed Chi-won for the subcontractor case. Jo attacked Chi-won, asking if he'd never done anything ammoral and mentioned Chi-won's relationship with Ja Yoon (Baek Jin-hee).

Chi-won said he hadn't and left. Cursing him out, Jo called Ma Bona (Cha Joo-young) and ominously told her to get ready.

Meanwhile, Ma Bona stole pictures of Chi-won and Ja Yoon from Ja Yoon's cell phone and delivered them to Jo.

"[Spoiler] "Jugglers" In Gyo-jin Versus Choi Daniel"
by HanCinema is licensed under a Creative Commons Attribution-Share Alike 3.0 Unported License.
Based on a work from this source