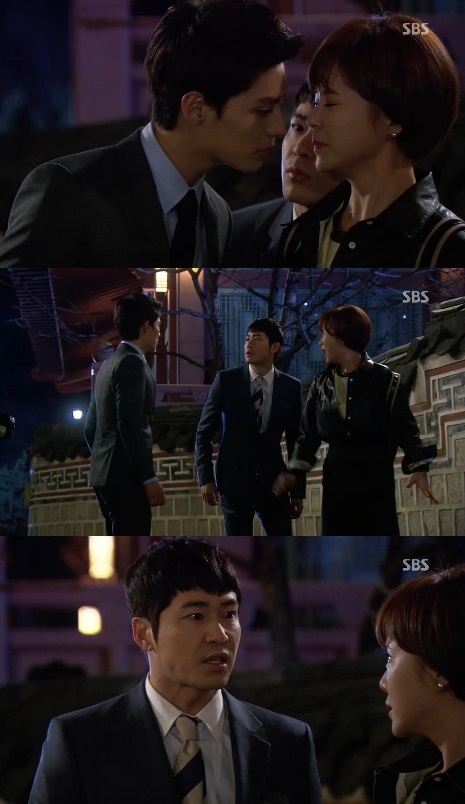 On the eighteenth episode of SBS drama "Incarnation of Money" Lee Cha-don (Kang Ji-hwan) was jealous of Kwon Hyeok (Do Ji-han) and Bok Jane (Hwang Jung-eum).

Lee saw them come back from a date and watched him try to kiss Jane as she was trying to go it.

Lee shouted at them, "Do you want to be arrested for corruption of public morals?"

Lee Cha-don separated them and warned, "Don't ever let me see you like this again".

Bok Jane heard from him that he didn't betray her mother and she realized that he liked her.

"[Spoiler] Kang Ji-hwan shows Hwang Jung-eum his jealousy"
by HanCinema is licensed under a Creative Commons Attribution-Share Alike 3.0 Unported License.
Based on a work from this source